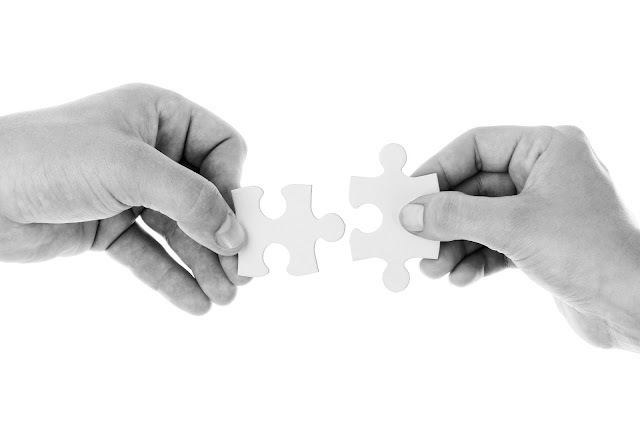 So many lessons and information that have molded my thinking this year, but the one that has been truly transformational has been my understanding of probiotics.
I was shocked to learn this past summer that probiotics could be genetically altered. And many of them that are marketed indeed are. With this news, I had to re-evaluate all that I knew and the probiotics that I have promoted on TheOliveParent.
GMO labeling is not yet a reality, but there are tell-tale hints as to whether a probiotic strain may be genetically modified.

Clue #1 - The probiotic strain is trademarked or patented. Patent law states you cannot patent a natural product. From LegalMatch.com
What Is Physical Phenomena?
The patent law classifies physical phenomena as products of nature.  Thus, if your invention occurs in nature, it is a physical phenomenon and cannot be patented.


What Cannot Be Patented? Can I Patent a Living Thing?


Clue #2 - What I’ve noticed from the few patented strains I looked into, they were condition specific, which supports the fourth stipulation on what can/can not be patented.

Clue #3 – The probiotic strain does not exist naturally in nature and has not existed prior.

Clue #4 – The probiotic strain name includes a numerical number. It should be noted that some manufacturers “change” the name of the strain to sound more scientific.


These four clues evolved from my personal research from probiotic strains that I’ve found in products that I’ve consumed. In saying this, this is NOT an all-inclusive list of clues, but very valid in directing and empowering you as a consumer to avoid deceptive marketing. Another way is to reach out to the manufacturer or the company who sells the product. Because GMOs are such a hot topic and a PR nightmare, I very highly doubt a company or manufacturer will readily admit their probiotic strain is modified. It very well may be, that they don’t know as a buyer, the strains they purchased for use in their products are genetically modified.

Here’s an interesting example of a company that sells a probiotic product, dancing around the fact that their product contains an engineered strain.

“Additionally, some companies have now both trademarked and patented their “own” bacteria. Trademarked bacteria are naturally occurring strains not “owned” by the company, but they have given them a ‘consumer friendly’ name which that company uses instead of the actual scientific name. So if you see a product that says it has “Defensis Maximus” bacteria… It’s likely just a strain of Lactobacillus with a fancy name.
Patented bacteria are actually engineered by a company from naturally occurring bacteria. Because they are now a “proprietary” strain, that company can then patent and “own” that strain of bacteria. Both can be combined, with a patented engineered bacteria also being given a “consumer friendly” name.”

To be clear on the issue of semantics, the word engineered is explained by www.thefreedictionary.com

tr.v. en·gi·neered, en·gi·neer·ing, en·gi·neers
1. To plan, construct, or manage as an engineer.
2. To alter or produce by methods of genetic engineering: "Researchers . . . compared insulin manufactured by bacteria genetically engineered with recombinant DNA techniques to the commercial insulin obtained from swine or cattle" (Fusion).
3. To plan, manage, and put through by skillful acts or contrivance; maneuver.

A lot of quotes are being used in the above statement and two statements contradict each other. What stands out is the explanation that patented bacteria is engineered from “naturally occurring bacteria”. In other words, manufacturers may claim they're engineered and altered probiotic strain as natural because of the bacteria’s original state before it was altered. This is a common marketing tactic employed due to the lack of regulation of the word “natural”. In my opinion, this justification is akin to saying High Fructose Corn Syrup is natural because it comes from corn. I gotta say, these “natural claims” irk me to no end. I don’t need common sense redefined, thank you very much.


The probiotic industry is fairly new. In fact, there is no legal definition of a probiotic, but the scientific community agrees that it should be (1) live microbes (2) defined and properly named (3) safe and (4) provide a health benefit. In my opinion, all four of these areas can be and have been, easily manipulated.

It leaves the door wide open for biotech companies and manufacturers to culture and “engineer” a bacteria and defines it a “probiotic”. I mentioned in the beginning that I do believe some companies who purchase their probiotics from biotech companies or labs are not aware they are purchasing engineered bacteria. They may very well, like myself at one point, assume that ALL probiotics on the market are naturally occurring phenomena. It is so important as a consumer to be empowered with the knowledge that you can depend on. That said, I no longer consume and promote these products and strains:

There is only one probiotic product I use for myself and family as a consumer. InLiven Probiotic Superfood is the world's first certified organic probiotic that encompasses the full Lactobacillus family, fermented on 26 whole foods. I've yet to find a probiotic with higher standards and quality. I credit InLiven for my own hormone stabilization which resulted in hair growth. Something that has plagued me for a few years. I am a believer in this product. Much so, that I decided to share my experience as a business. Ordering information can be found here. You are welcome to leave your questions in a comment or contact me with them.

Citations Update December 13, 2014
The original quote found in the above article was cited from Jackson, GI website - URL: http://www.prebiotin.com/prebiotics/prebiotics-vs-probiotics/ is no longer found there but buried in a press release on PRlog.com
Email Post
Labels: probiotics product reviews product safety