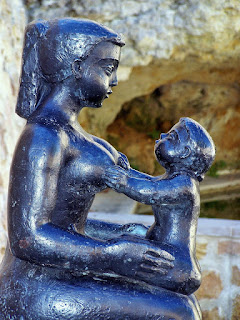 My fascination with whole nutrition is a natural extension of pregnancy and then breastfeeding. In my eyes, breastfeeding is a whole food, intact, undisturbed and perfect source of nutrition for babies and humans in general. So naturally, I want my food to be the same.

The more I learn about whole food and nutrition, the more amazing, almost miraculous it seems. The impact of nutrition cannot be understood unless, there is a fundamental understanding of how the body, specifically yours, reacts to it...or the lack of it.

One common complaint breastfeeding moms have is weight gain. Especially if you have had a few children. After my first child was born, I was essentially a stick. A friend of mine told me then, that I was simply a stick with breasts. I was back in my jeans, it seems a day after birth.

My subsequent births were different. After each birth, I would lose weight to my glee and then watch it pile back on. I considered different diet plans, excersizing, eating less (even though I was extremely hungry). Nothing really stuck. I simply didn't have the time or  the energy to care for myself. It was frustrating to say the least. Up until my last pregnancy, I've gained weight with each child. Just before my eighth pregnancy, I was the heaviest I've been and was determined to lose weight. With the support of my husband we joined a gym and began working out together. After two months of hitting the gym three times a week. I lost...five lousy pounds.

Sure there were other tell-tale signs of slimming, my face was a bit thinner, but oddly my thighs seem to have gotten bigger.

It was simply frustrating. I was taking my whole supplements and eating healthy whole foods. Meat, salads etc. My diet was better than most, but not where I felt it should be. I practically never overindulged. As a matter of fact, being on the Vitality pack minimized my hunger greatly. My only vice was chocolate peanut butter cups from Trader Joe's at certain times of the month ;).

So when I became pregnant with baby number eight, my first concern was gaining MORE weight. I just couldn't conceive of it. I tried to keep up with my exercise routine during those first few weeks of pregnancy, but exhaustion and nausea won out. Naturally I lost weight during those times, but being hungry and sick of food was a tough battle during those ensuing weeks. When I finally gained my appetite back late in my fourth month, I discovered I was adverse to any cooked food. My body pointed me towards a raw meal plan. The meat was also no longer palpable to me. Packaged food - even certified organic - was rejected.

Packaged foods that contained additives (organic or not) I discovered was the culprit. I seemed to have developed an uncanny knack for tasting the smallest bit of additives, excipients, and fillers that were alien to my body. I stuck with veggies, fruits which I consumed with gusto and continued with taking InLiven Probiotic Superfood and Spirulina. 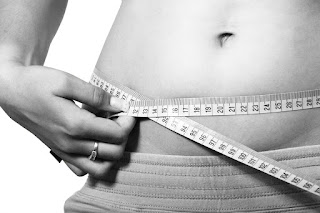 Something strange seemed to happen...I started to lose weight. My weight fluctuated from gaining and then losing, gaining and then stabilizing. My belly continued to grow bountifully. By the end of my pregnancy, I only gained 15 pounds, but gave birth to a 10-pound baby boy.

Immediately afterward, my weight loss continued. Yes, that wonderful babymoon and breastfeeding do a body good, but, I waited for the weight to come back just as it always did.

My pregnancy started a chain reaction. I was the healthiest I've been, eating whole, raw and clean foods and I wanted to continue to eat that way and I did. Today, I'm mainly raw, I hardly eat meat, and consume protein-rich legumes, grains and seeds - also known as pulses. I utilize Miessence Complete Protein Powder , an organic, raw, bio-fermented protein to ensure my protein needs are fully met.
Even still, I waited for the weight to return.

Although, I still have a ways to go to reach my ideal weight. I am twenty pounds lighter than I was BEFORE I was pregnant AND exercising.

It wasn't until I read articles and watched documentaries about the relationship between eating clean and weight loss when I made the connection. Everything my experiences made sense. The weight loss during pregnancy due to the complete change in my appetite towards cooked, packaged foods etc. And the continued weight loss even while breastfeeding all came about because my diet was cleaner than most. Although I was eating salads and fresh fruits and veggies, it became my main source of nutrition, meat was a bottom priority.


The most essential aspect to consider when losing weight during breast feeding is to eat clean, not less, no special dieting, no diet pills and certainly not over exercising.

For all that has been noted by studies and clear evidence - cleaning up your diet can lead to weight loss - none of this has been mentioned to the breastfeeding mom. As a mom who has breastfed NUMEROUS times, I was constantly discouraged from losing weight. Fear-based - as opposed to evidence-based - was often cited on having that "perfect breastfeeding diet" where we feel pressured to walk a tight-rope of eating enough calories (something that is now considered a myth) and not to lose weight "too fast". How does one control weight loss anyhow?

Yes, I believe you can lose weight while breastfeeding. The answer lies in the quality of the food you're consuming, not the abstinence or the amount of it.

There is so much to say on this topic and a lot of information to share, that this needs to be broken up in three parts. Stay tuned for the second part of this three part series!

Disclaimer:
Hannah is a mom of eight children - ranging from 22 years of age to a year. She has nursed every one of her children for a year or more, and is currently nursing her eighth child, now a year-old. This series is based on her vast experience and research as a lactating mom. She is not a lactation consultant or nutritionist. The information presented here is presented in an informational and testimonial format and shouldn't be used to diagnose, treat or cure any diseases. Please contact your local lactation consultant for any breastfeeding problems.