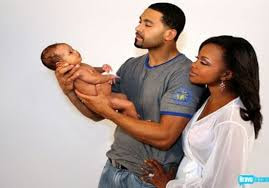 Phaedra Parks must have had a serious case of pregnancy brain during her first stint on the Real House Wives of Atlanta, because she is really likable this season!

She was not appealing to me at all last season. Her lack of preparation and knowledge of her impeding birth had me writing a post about the Real Housewives of Atlanta, something I just don’t do.  Here’s what I had to say on my post, Phaedra Parks Good for BFing Moms or Not?


“As outrageous as her ready-to-be born at 7 months claim was, it pales in comparison to the lack of preparation & knowledge she presented to the viewers. Equating childbirth with death, her lack of knowledge was appalling and inexcusable as an educated attorney.
I mean seriously, you can pass the bar exam, but you can’t educate yourself on birth choices?”

Suffice it to say, I wasn’t feeling her.  This season she’s showing herself more and more to be a person with well-round-ability that comprises of class, intelligence, snarky timely humor with a dash of kooky sex-freakiness to top it off.

Yes, I’m really liking her this season. I don’t even remember that she called her baby gross the moment she first laid eyes on him. Or that she seemed more concerned about her loss of personal spa time than caring for a new baby. Not even the time she shared with her husband her conceptual disciplinary techniques. Here’s a new woman, who finally became a mom. She came back from the pregnancy twilight zone unscathed and not only did she breast feed her son, but adores her baby boy, and loves him silly.

Welcome Phaedra, to our world!

But boy, does this woman have me splitting my side! Here are some of my favorite quotes:


Peter make a  dollar outta 15 cents. He a pimp.
He was wonder woman dipped in Mr. T (in reference to Lawrence’s outfit)
Peter is papa Smurf. Some days he can even be Uncle Ben.
…Macaroni and Cheese with no cheese.
That burns my biscuits

Good stuff. I’ll be watching Atlanta in anticipation of more great one-liners from Phaedra. By the way, I need to give Phaedra a bit of credit  for saying that childbirth is the closest you can get to death. Georgia has one of the worst maternal mortality rates in the country. It is especially worse for black moms. She was right to be concerned. Hopefully she’ll be more prepared with her next child, if she plans on having more.

What are your favorite Phaedra quotes?